Three times in the sky 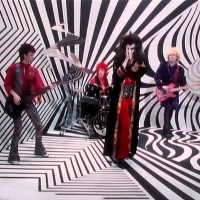 Doctor And The Medics – Spirit In The Sky

#quotefromthe80s
Prepare yourself, you know it's a must
Gotta have a friend named Jesus
So you know that when you die
He's gonna recommend you to the Spirit in the sky
#SpiritInTheSky #DoctorAndTheMedics

Many songs have been successful twice in history, and often the second time they were even more successful than the first thanks to more modern sounds and of course to a new generation that was growing up. But I believe that just one song has been recorded three times across forty years, and all three times it has reached the top of the hit parade, maybe for a short time, but it did. This song is Spirit in the Sky.

The first time was in 1970, in the version of its original author, Norman Greenbaum, a folkloric character who loved nature and country life, who wanted to compose a religious song on a rock beat. It took Greenbaum months to compose the music, but lyrics came out pretty quickly. Among other things, Greenbaum was of Jewish culture and religion, but he decided to use the English term “Jesus”, because he found it more attractive for the music market. He respected religion, but with a degree of compromise.

The third time was in 2003, when in England the singer Gareth Gates, as part of a fundraiser on TV, recorded a version together with the protagonists of a satirical program, the Kumars. And this time too the song hit the top of the charts for a few days.

But of course we are interested in the second time, which happened on April 28, 1986, when the recorded version was released by a group that absolutely caused a sensation, Doctor and the Medics. Musically, the song was quite faithful to Greenbaum’s original work. The sounds were a little more modern, and even richer, because Greenbaum had actually made an odd choice. Since he aspired to be heard mainly through car radios, and cars in the 70s did not have today’s speakers with woofers and subwoofers for bass sounds, Greenbaum adjusted the tones so that if you were listening in the car, the lower frequencies were not lost. I mean, he basically took the bass sounds off. The 1986 version re-established them, but without exaggerating, with a lot of respect let’s say. Certainly the version was a little less hippy than in Greenbaum’s times and intentions.

In fact, much of the success of this song in the ’80s version was certainly due to the group that played it. The prominent character of Doctor and the Medics is obviously The Doctor, which is the stage name of the Welsh Clive Jackson, a character whom we could define eclectic with an understatement. Over the years Jackson has gone from being “The Doctor” to being Reverend as well, as we read on his twitter account.

Jackson, who still had some experience behind him, had founded Doctor and the Medics in 1981, and had given the group a bizarre but irresistible image, combining the psychedelic costumes of the 70s with those of the new wave experiences, ending with a certain gothic touch especially in the makeup of the components (speaking of makeup, we remember the experiences of Steve Strange and Visage in Fade to Gray, or Drafi Deutscher’s Masquerade in Guardian Angel, for example, but also the original version of Ai No Corrida by Chaz Jankel). So, the Doctor was ultimately a bit of Boy George and a bit of Paul King or Pete Burns, some kind of Joker in a psychedelic costume that could even remind of Gene Simmons from Kiss, with a dose of irony.

The group included also two backup singers, Wendy and Colette Anadin also known as The Anadin Brothers. Obviously They were not brothers, but they weren’t even sisters, because their real names were Wendy West and Colette Appleby. In any case, they fit perfectly in such a glamorous group and were certainly part of the charm of the group.

The Reverend Doctor told in an interview a curious story that he learned from Norman Greenbaum himself, who in 1986 worked as a fast food restaurant manager in the United States. When Spirit in the Sky became famous again, people kept calling the restaurant to ask Greenbaum if he liked the song, or if he was happy or sorry that the song had success in a different version. I mean, he got so many calls that the owners fired him and told him that if he was that famous, he certainly didn’t need to work there.

In short, Spirit in the Sky probably really had some protective spirit, because it led everyone to the top of the charts, even if they then disappeared just as quickly from the radar. Among all, however, the Reverend Doctor and the group Doctor and the Medics certainly knew how to reserve a place in the sky of 80s Dinosaurs.

[en]Doctor and the Medics on Wikipedia

Tweet
Tags: Doctor and the Medics, Spirit in the sky