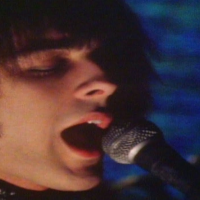 #quotefromthe80s
Look at them fall
Flicker and fade
Gone are the screams
I put them to bed, now they are dreams
And now we go doot, Doot-doot
#Freur #Doot-Doot

The early 80s saw the boost period of those currents stemming from punk, when sounds softened thanks to the use of innovative electronic instruments. And they had created completely new atmospheres even very different from each other, like new romantic (for example the first Duran Duran, like in “Planet Earth“) and new wave.

New wave remains a very interesting genre, in my opinion, where immense heights of creativity were reached. Using dark sounds, cold atmospheres and even visually gloomy graphics, groups of absolute excellence created outstanding pearls of the 80s. I am thinking of the first Depeche Mode, in the days of Vincent Clarke before forming Yazoo with Alison Moyet, the period of “Dreaming of me” or “New life”.

Certainly new wave in those days was not, to stay with the Depeche, music for the masses. It was music for young people, better for a certain part of young people, more transgressive, more independent. It was certainly underground music, and it was therefore difficult for these groups often with little resources, to break through the charts.

In remote Wales, at the beginning of April 1983 a group started their long journey with an absolute new wave masterpiece. Over the years they never managed to find the success of their first hit. They disbanded and reassembled and changed their name, but for 80s fans the name Freur is linked to the incredible atmosphere of “Doot Doot”. They had a remarkable creativity, not only musical: actually when they realized the song they did not even have a name as a group, but only had a symbol, a kind of ideogram, in England it was called a graphic ‘squiggle’. In some way they anticipated Prince by fifteen years, since in the mid-1990s also the genius of Minneapolis adopted a logo as his symbol and stopped writing his name in letters (at most he used the acronym T.a.f.k.a.P., The artist formerly known as Prince)

Majors, radios and press, however, for obvious reasons needed a name that you could pronounce and write, since the concept of font at that time was still primordial. And so, for the millionth time in front of the question “OK, but how do you pronounce the symbol of your group?” one day they came out with “let’s say you pronounce it Freur”. And it remained Freur for everyone.