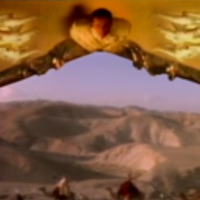 Frankie Goes To Hollywood – The Power of Love

Dear friends, it was December 1984 when this hit reached the charts. And it was the greatest Christmas of the 80s, because in the very same days also “Do they know it’s Christmas” and “Last Christmas” reached the charts, and the last one is probably the strongest idea of an 80’s Christmas song. It’s weird how these three songs were all released in the same week. This shows what it meant to live in that period if you were a music fan!

It’s a fact however, that the song was released about one month before, on November 19, 1984. And there is a funny thing to tell, because another fantastic 80s song was released exactly on the same day by Tears for Fears, and it’s “Shout“. But history keeps repeating, because about four months later, the same thing will happen again: on March 18, 1985, Frankie Goes To Hollywood will release “Welcome to the Pleasuredome” and Tears for Fears “Everybody wants to rule the world“! They were absolutely in sync!

Actually I don’t know if “The power of love” is really a Christmas song. The lyrics never mention Christmas nor holidays. But the producers planned to released it before Christmas, and they decided to leverage images of the story of Nativity, so if you look at the video, we can say that it’s at least a Christmas video! The video was produced and directed by Godley and Creme, also members of 10cc. Godley and Creme will later find success with “Cry” and another famous video.

So, maybe Holly Johnson created this song thinking more about love or feelings, and he later said that thorough this song, love saved his life. However, Frankie Goes To Hollywood proved once again to be able to deal with complex topics, after talking about sex in “Relax” and about politics in “Two tribes” – always in their own way, of course.

Anyway, song about feelings or about Christmas, this song reached the top in early 1985, which probably was the best year of the 80s, the more 80 year of the 80s! …and the best was yet to come!

Holly Johnson and Frankie Goes To Hollywood on Wikipedia

The song of records

Tweet
Tags: Frankie Goes To Hollywood, The power of love